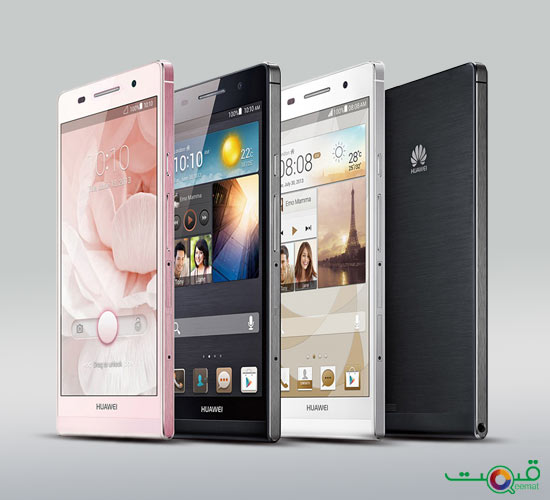 Behold the thinnest phone you have ever set your eyes upon. Huawei Ascend P6 has given rise to a huge wave of excitement in the world of cell phones. The biggest hype is the phone’s 6.18 mm body and a top-notch front camera with 5 megapixels.

Critics and analysts believe that the quality of the phone’s thin metal body parallels the supreme quality of Apple iPhone 5. However, even iPhone 5—one of the greatest wonders of the smartphone universe—loses the competition against Ascend P6 by being 1.42 mm thicker than the latter one.

Still, Huawei has a long way to go. Although being the thinnest smartphone does give P6 an edge, its 8 MP primary camera, 8 GB storage and a plain capacitive touchscreen are some of the features which hold it back from being the best. Where HTC boasts about HTC One, Samsung feels proud of its Galaxy 4 and Sony makes the world marvel at Sony Xperia Z, Huawei Ascend P can only come close to Galaxy S3 and Google’s Nexus S4.

The phone’s thin body is not the only way through which Huawei tried to turn the world’s attention towards its product. The 5 MP front camera of the phone is another “wow factor”. P6 is the world’s first ever smartphone to have such a high resolution for the secondary camera. Apple iPhone 5 only gives you 1.2 MP while HTC One S and Galaxy S4 give you 2.1 MP and 2.0 MP, respectively for the front camera.

Huawei has also added a dual SIM feature with micro-SIM on dual stand-by. However, most users find micro-SIMs hard to deal with in comparison to mini-SIMs. Moreover, this feature is only for models which possess compatibility with the 3G network of China Telecom.

This brings our attention to the network coverage of P6. Disappointingly, there is no facility of LTE (Long Term Evaluation). You will, however, have HSDPA for taking care of your connectivity needs.

The Dolby Digital Plus sound enhancement is an exceptional feature provided herein. However, the headphone port is rather fiddly.

Photography lovers will have a better experience with the phone, enjoying 8MP resolution for taking pictures. LED flash, 3264×2488 pixels and autofocus all combine to give you perfect performance with excellent results. Plus, your self-portraits will also be clear and sharp with the world’s first 5MP front camera at your disposal. Video results with 1080p at 30 FPS are also great

.
The phone’s Quad-core processor with the specification of 1.5 GHz is another feature to marvel at. P6 performs with Jelly Bean combined with Huawei’s signature Emotion user interface.

Despite the phone’s outdated capacitive touchscreen, its 720p front camera video recording along with 16M colors and 312 PPI pixel density all bring you a satisfyingly clear and bright display.

Not to worry about the low 8GB storage; a micro card slot gives you an option for additional 32GB. Moreover, Huawei Ascend P6 will also win hearts with its reliable 2000 mAh battery. 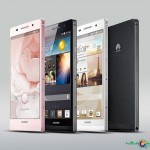 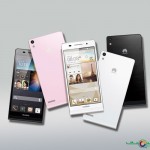 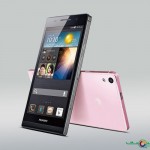